Temporary housing in the heart of Tyrol

Short-term rentals in the provincial capital of Tyrol

Whether you’re looking for a studio apartment or a more spacious flat – if you’re temporarily moving to Innsbruck for work reasons, KURZZEiTmiete is your perfect partner. Did you know that it’s not Vienna or Salzburg that has the highest average rents but the provincial capital of Tyrol? We are happy to share our expertise on the city’s best neighbourhoods to make it easier for you to find your perfect short-term rental in Innsbruck.

All apartments in Innsbruck
Innsbruck

This very spacious apartment is 1 floor up and has it´´ s private area upstairs with L-shape...

Welcome HOME! Our little VILLA IDA has everything to make you feel at home ... The house (+...

2.5 room flat centrally located above the roofs of Innsbruck

Welcome to the flat "Above the rooftops of Innsbruck" - a cosy place in a quiet location and yet...

The appartment has two floors: On the entrance level are three bedrooms, a bathroom with a toilet...

You live on 55 m2 very private in a small house that was newly renovated. The apartment has 2...

Temporary living in a former beauty saloon with individual retrostyle

An oasis in the middle of the town

This new renovated apartment with nice garden is just a 5min walk away from the Old Town of...

The 40m² apartment on the ground floor can accommodate 4 people. We offer free WiFi and Netflix to...

Room with view into the nature

Room with a single bed, but two further mattresses, a desk, a bookshelf, WLAN, TV, cupboards and a...

Come home and relax! Enjoy the sun in this quiet, cozy 2-room attic apartment in a quiet yet...

Beautiful rooftop apartment in the center of Innsbruck

Why should you rent an apartment in Innsbruck?

Nestled amid the Nordkette and Vorberge mountains and the Zentralkette mountain chain, Innsbruck is a “small” metropolis with a unique character. The city is known for its athletic history as well as for its university and is a well-known centre of arts and culture. The cityscape is dominated by modern architecture as well as historic buildings from imperial times. The beautiful Old Town is particularly known for the famous “Golden Roof”. In addition, the city boasts other important sights such as Helbling House, St. Jacob’s Cathedral and Hofburg Imperial Palace. What’s more, the Tyrolean Provincial Museum and the Tyrolean State Theatre are popular attractions.

Good to know: The provincial capital of Tyrol is named after the river Inn. Its name roughly translates to “bridge across the Inn” 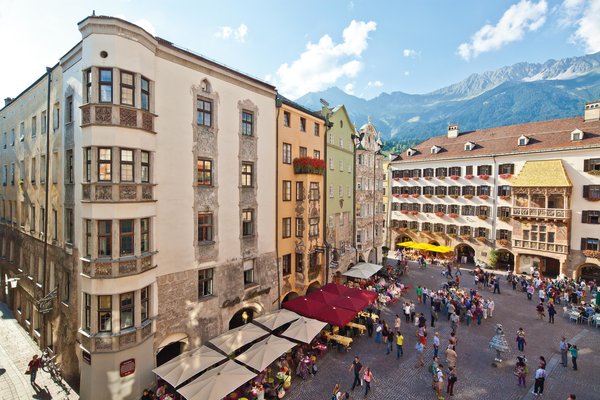 Short-term rentals in the 20 districts of Innsbruck

20 districts that couldn’t be any more varied – and 20 options for temporary housing in Innsbruck!

Whether it’s for a job or for university studies – there are many reasons why people temporarily move to Innsbruck. Many of them are faced with the same question: What’s the best part of the city to rent a short-term apartment? KURZZEiTmiete helps you find the answer to this question – and the perfect studio apartment or flat for your needs. 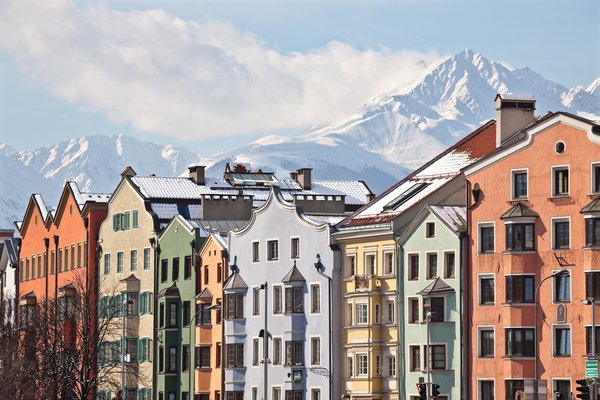 Alongside the famous “Golden Roof”, the colourful row of houses by the Inn is one of Innsbruck’s most popular photo subjects. It’s located in the district of Mariahilf, by the northern shores of the Inn, just below Hötting. The colourful architecture continues in St. Nikolaus on the other side of Inn Bridge. The two neighbourhoods on the left side of the Inn are the oldest parts of the city. Both are frequented by several bus lines.

The mansion district of Saggen is one of the most beautiful and elegant parts of Innsbruck. In addition to the magnificent houses and well-kept green spaces, the quiet residential district is characterised by the viaduct arches of the railway line running up to the main station and the views of the Serles mountain. Many of the district’s buildings and short-term apartments are listed. The neighbourhood is connected to the public transport network by tram number 1 and busses F, T, A, 502 and 504. In addition, Hungerburg funicular stops at Löwenhaus at Rennweg.

The district of Wilten is bordered by Bergisel ski jump, the Triumphal Arch, the river Inn and the main station. What makes the neighbourhood at the foot of Bergisel so special? The fact that many rentals are located in old, colourful houses with charming courtyards! For instance, one of Wilten’s most distinctive streets is Andreas-Hofer-Straße with its impressive views of the Nordkette mountains and the many alternative shops. In addition, the district boasts an excellent infrastructure, making it an important traffic hub crossed by Brenner-Bundesstraße, Stubai Valley Railway, trams 1 and 6 as well as the Inntal motorway.

Located at the intersection of the rivers Sill and Inn, Reichenau is both a popular residential and recreation area. The district is characterised by a couple of high rises, plenty of green spaces and an infrastructure tailored to local needs. This makes the neighbourhood a popular choice with visitors looking for short-term housing. Reichenau is crossed by the main traffic artery of Reichenauer Straße and frequented by bus lines C, F and T as well as by tram lines number 2 and 5.

Just like Wilten, Hötting features traces of early settlement. The residential area boasts an attractive hillside location at the foot of Nordkette mountains, resulting in splendid views of the city centre. In addition to its favourable location, the district is popular for its traditional centre surrounded by modern residential complexes. Hötting features traditional clubs and inns alongside contemporary architecture and is frequented by Mittenwaldbahn railway as well as by bus lines A, H and J.

Located between Mariahilf and Kranebitten, the residential district of Höttinger Au is known for its attractive local recreation areas by the river Inn. An extensive waterfront, spacious sand banks and lots of green – if this sounds just like what you’re looking for, Höttinger Au is the perfect choice for your short-term apartment. In addition to Einkaufszentrum West shopping mall, the district is also home to the airport as well as Hötting railway station. In addition, bus lines F, A, R and T as well as tram line 3 all call at Höttiner Au. The S5 and REX trains connect the district with Innsbruck main station and Seefeld in Tirol.

Arzl is another one of Innsbruck’s districts located at the foot of Nordkette mountains, featuring lots of green spaces and forests. Modern residential complexes contrast nicely with the historic village centre with its old farmhouses and traditions. Despite the neighbourhood’s rural character, short-term tenants benefit from quick connections to the city centre, with bus lines A, 501, 502 and 503 stopping there. The district’s landmark mountain, Kalvarienberg, towers high above Arzl. 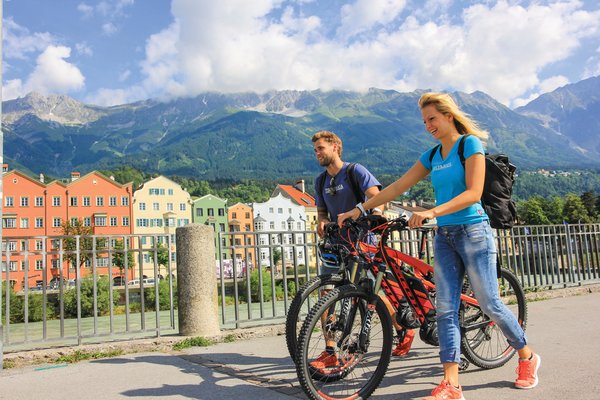 Innsbruck is something like the bike capital of Austria. In addition, residents benefit from an extensive public transport network serviced by Innsbrucker Verkehrsbetrieb, Innbus and ÖBB Postbus Straßenbahnlinien. In addition to Marktplatz at Innrain, the main station is another one of the city’s most important traffic hubs. Many of the surrounding municipalities can conveniently be reached by urban railway or regional busses. Most of the busses depart from the bus terminal near the central railway station.

Innsbruck Airport in Kranebitten connects the provincial capital of Tyrol with Amsterdam, Frankfurt, London, Berlin, Vienna and many other major cities. What’s more, Innsbruck is Austria’s only capital city featuring a funicular (Hungerburgbahn) as well as two cable cars (Nordkettenbahn and Patscherkofelbahn).

You’re not looking for a short-term rental but would like to rent out your own apartment with KURZZEiTmiete? Find out about our services for tenants!

Find the best accommodation in Innsbruck in the fastest way

Interim rent in the provincial capital of Tyrol