Temporary rentals in the City of Media Arts by the Danube

As the saying goes, “In Linz beginnt’s!” (“Linz is where it begins.”) A temporary job is taking you to the provincial capital of Upper Austria? KURZZEiTmiete gives you an overview of the city’s districts and advantages. What are you waiting for? Let’s find your future short-term apartment!

All apartments in Linz
Hörsching

Our fully furnished apartment is situated between Linz and Wels.

Stylish Apartment in the Heart of Wels

Fully equipped cozy apartment in the heart of the old city. Renovated in 2018 according to the...

Entire flat near the Kürnbergwald forest on the outskirts of Linz

THE BEST ALTERNATIVE TO A HOTEL Are you looking for temporary accommodation in Linz for yourself,...

Those who like a little more space can make themselves at home in our 45m² apartments. A king-size...

It is a friendly and bright, south-facing apartment on the ground floor of a quiet apartment...

Luxury above the roofs of Linz. Enjoy the top equipped penthouse with an incomparable view over the...

New businsss apartment very big and comfortable. Feel like home. Everything there what you need...

When you step into the apartment you can immediately feel the happiness that the colorful walls...

Modern apartment with a unique view.

Wonderful, Top modern Apartment with an indescribable view and the possibility of long walks along...

Feldkirchen on the Danube

This small but nice studio apartment in a prime location directly on the Danube is the ideal place...

Exclusive living above the rooftops of Linz on the Pöstlingberg! Great view. Small garden for...

In the middle of the old town

A 2 chamber flat in a historical building right in the center of the central place of Wels.

Feldkirchen on the Danube

The apartment has been completely renovated, new doors, windows with shutters, underfloor heating,...

Comfortable Apartment for one person. Ready to move only with suitcase. Free wi-fi. Free parking... 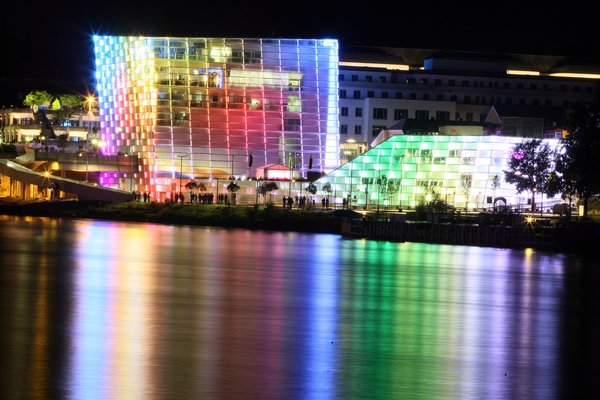 Why should you rent an apartment in Linz?

Culture and the manufacturing industry – Linz is home to both! Located halfway between Salzburg and Vienna, right at the river Danube, Linz is Austria’s third-biggest city – and there’s much more to it than the famous cake of the same name (“Linzer Torte”)! Lentos Art Museum, the Ars Electronica Center or Brucknerhaus concert hall are proof of Austria’s lively cultural scene. The city’s best-known sights include the Old Town and Austria’s biggest church, the “Mariendom” or New Cathedral, as well as the Castle Museum and Pöstlingberg.

By the way: Since 2014, Linz has been an official “UNESCO City of Media Arts”. Plenty of reasons to make your temporary stay in Linz varied and possibly unforgettable!

Temporary rentals in the 16 statistical districts of Linz

Austria’s third-biggest city encompasses 16 statistical districts. To the north of the river Danube, you can find the districts of Urfahr, Pöstlingberg, St. Magdalena and Dornach-Auhof. Between the rivers Danube and Traun, there are the Innere Stadt and Froschberg, Kaplanhof and Industriegebiet-Hafen districts. In addition, Linz’s neighbourhoods include Franckviertel, Bulgariplatz, Bindermichl-Keferfeld, Spallerhof, Neue Heimat and Kleinmünchen-Auwiesen. To the south of the Traun, you can find the districts of Ebelsberg and Pichling.

Good to know: This classification came into effect on January 1, 2014 as the former segmentation had become outdated.

The most popular neighbourhoods of Linz

Did you know that more than two thirds of Linz’s apartments are rental apartments? Many of them are also available for temporary housing. KURZZEiTmiete introduces you to the city’s most popular neighbourhoods – and helps you find the perfect rental object for your needs. 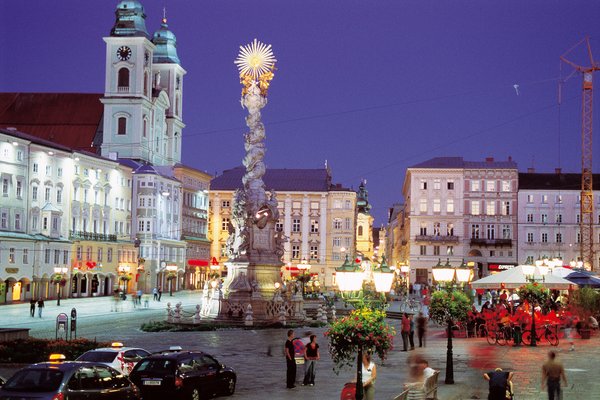 Innere Stadt is the city’s most central district – and that’s why it can be difficult to find an apartment there. The district ranges from the Danube to the Westbahn railway and includes the city centre of Linz, which boasts a vast number of sights as well as political and cultural institutions. Several high-rise projects make the inner city an interesting location for temporary housing. For instance, the Etagerie apartments at Untere Donaulände are a popular option for short-term tenants who would like to work or live in a central location.

In Linz-Urfahr, urbanity meets nature. Surrounded by the districts of Pöstlingberg, St. Magdalena, Froschberg, Innere Stadt and Kaplanhof, it is one of Linz’s most popular neighbourhoods. You would like to take a quick dip in the Danube or Lake Pleschinger See after work? No problem! What’s more, the district is close to the city centre and to various shopping facilities and boasts excellent tramway connections. Although living in Urfahr is considered to be rather expensive, you’re bound to find an affordable short-term apartment with KURZZEiTmiete.

Bulgariplatz owes its name to Linz’s well-known central traffic hub. Located between the Westbahn railway and the Mühlkreis motorway, the neighbourhood leads up to the main station in the southwest. Grüne Mitte Linz, the city’s biggest coherent urban development project, is only one example of the continuous change the buzzing district is characterised by. Bulgari Tower is planned to set another example of urban planning in 2022. No wonder that the neighbourhood is becoming increasingly popular! Incidentally, this district is one of the city’s youngest in terms of average tenant age.

Located to the west of the city centre, Froschberg is a green and quiet neighbourhood. The district is considered as an “upper-class” district featuring numerous stately homes and modern villas. Pöstlingberg, Freinberg, Römerberg: As a rule of thumb, you could say that every district of Linz that ends with a “-berg” is expensive. Compared to the other districts, Froschberg boasts an excellent infrastructure, with the motorway, train station and airport all close by. What’s more, the city centre can be reached on foot.

Once the stronghold of the voestalpine steel workers, Linz’s Bindermichl district is now characterised by big apartment buildings, many of them with three storeys, and by an excellent infrastructure. You can find everything from surgeries to pharmacies and from post offices to banks and local shops there. With the city centre nearby, the neighbourhood features plenty of green spaces such as Bellevue-Park and perfect opportunities for leisure activities. In addition, Bindermichl-Keferfeld is directly connected to the motorway and frequented by several bus lines.

The Hafenviertel or “Industriegebiet-Hafen“ is connected to the Froschberg district by bus and express bus. In the north and east, the neighbourhood borders on the river Danube, in the south it touches the river Traun. In the west, it borders on the Wetbahn railway and the Mühlkreis motorway. Various new buildings make the district an attractive choice for companies as well as for regular and KURZZEiTmiete tenants. Popular apartment complexes include “Wohnen beim Hafen”, “Neuland“ or “Donaupromenade“ at the Winterhafen in the neighbouring district of Bezirk Kaplanhof.

The south of Linz is green! If you’re looking for an apartment outside Linz, Ebelsberg is a great choice. With the Traun to the north, the Danube to the east, the Große and Kleine Weikerlsee lakes to the northeast and Lake Pichlinger See to the southeast, the district boasts plenty of green spaces and recreation areas. It’s easy to reach the nearby suburban train station by tram or bike. From there you can reach the main station in six minutes.

Talking about Lake Pichlinger See: The lake is located in Ebelsberg’s neighbouring district of Pichling. Linz’s “lake district” has great development potential in terms of housing, which makes it an attractive choice for short-term tenants as well. The city centre can be reached by tram in about 40 minutes. The suburban train that takes you to the centre in seven minutes runs once or twice every hour. In addition, there is a bus running from Alt-Pichling to solarCity, the home and workplace of about 4,000 people.

Linz is generally known for its high rental prices. That’s why many tenants move to the neighbouring municipalities of Leonding, Steyregg or Plesching. 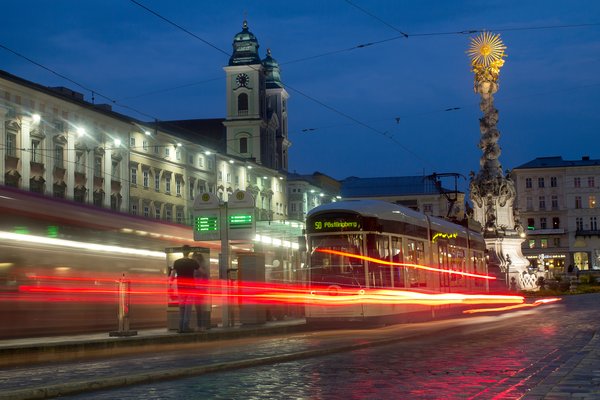 Public transport from A to B

Talking about Vienna and other Austrian cities: KURZZEiTmiete also offers temporary housing outside of Linz. In addition, we also offer attractive services for lessors.

Find the best accommodation in Vienna in the fastest way