You’re temporarily relocating to Vienna for work reasons? KURZZEiTmiete is a great choice for short-term rentals in the capital city of Austria. Find your perfect apartment, move right in and feel at home – with us, temporary living is easy!

Big apartment in the City Center of Vienna

Beautiful apartement in the centre of Vienna for rent. The flat offers all the heart desires on...

This modern 2 bedroom apartment is located in an Art Nouveau building which was built around 1900...

Functional, welcoming and spacious - our Deluxe two-bedroom apartment is a tranquil hideout and...

CASA SANDRITA - This beautiful and newly renovated apartment is located in a very popular area of...

Modern and cozy Viennese apartment located near the Naschmarkt

Your temporary home - Perfectly furnished - Fully equipped - Feel at home on the go! Whether you...

It is a 45m2 1-bedroom apartment in the second district of Vienna. This apartment is located on the...

You are travelling on your own? Then our Smart Living XS apartments are perfect for you, which are...

Charming, calm and luxurious apartment in the heart of Vienna

Thanks to the private terrace and the bright rooms our 40m² apartment in the attic has its very...

The apartment is located right next to the Augarten. The centre can be reached in a few minutes....

ELEGANT, STYLISH STUDIO IN THE HEART OF VIENNA!

Are you looking for a nice apartment in Vienna? Then you are exactly right here! My apartment has...

The apartment Pop Live is located in the 12th district of Vienna, Tanbruckgasse (3rd floor with...

The BeLLeArTi apartment “Menschen” is located in the 12th district of Vienna, Tanbruckgasse...

Your temporary home - Perfectly furnished - Fully equipped - Feel at home on the go! Whether you...

Why should you rent an apartment in Vienna?

Capital city, hub of education and economy, centre of culture: Vienna is lots of things – and anything but boring. This is not only evident through sights like St. Stephen’s Cathedral, the Prater, Hofburg Palace, the Hundertwasser House, Naschmarkt market or Schönbrunn Palace. Or a high-class selection of arts and music venues, ranging from the Art History Museum and the Natural History Museum to the State Opera and the Albertina. What’s more, the city is characterised by a famous culture of indulgence celebrated at the traditional “Heuriger” taverns and at coffee houses. Vienna is a place of everyday pleasures.

By the way: More than half of the city surface consists of green spaces, parks and gardens, among them the famous Vienna Woods and the Donau-Auen National Park. 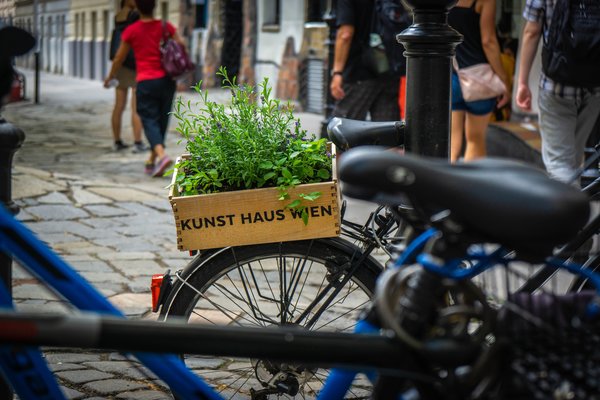 It’s no big surprise that average rents at Austria’s only city with a population of over a million are slightly higher than in other cities. The western districts and the city centre in particular are quite pricy. In comparison, rents in the eastern and southern districts of Vienna are relatively moderate. Vienna has a stable housing market and is divided into 23 varied districts.

Interesting fact: Until the middle of the 19th century, today’s 1st district comprised Vienna’s city surface in its entirety. Today, districts 1 to 9 plus the 20th district make up the “Innere Bezirke” or inner-city districts, which are separated from outer districts 10 to 19 by the famous Wiener Gürtel Straße. Districts 21, 22 and 23 are known as Vienna’s peripheral districts.

Which one of Vienna’s districts is the best to rent a short-term apartment? Our answer: It depends! After all, tastes are diverse and so are people’s opinions of the city’s most beautiful and most popular districts. KURZZEiTmiete introduces you to ten of the city’s districts – but also offers short-term rentals in other parts of Vienna.

The “Innere Stadt” or inner city is Vienna’s historic as well as geographic centre. With its Old Town, the 1st district is part of the UNESCO World Heritage and still exudes the charm of bygone eras. The prestigious district with correspondingly high rents boasts stately old buildings and offers short-term tenants the possibility to live at renowned addresses such as Graben or Kärtnerstraße with their high-class shops. As a downside, conventional supermarkets are hard to come by in this district and there are several areas where driving is banned.

Thanks to its central location, plenty of green spaces and moderate rents, Leopoldstadt is getting more and more popular, making it a great choice for short-term renting as well. With the Praterstern railway station being completely renovated, the impressive complex of apartments, offices and hotels is planned to be an impressive addition to Vienna’s 2nd district. Short-term tenants benefit from Leopoldstadt’s proximity to the Prater, Vienna’s Business and Economics University and the city’s Exhibition & Congress Centre. In addition, the district is also home to Vienna International Centre or “UNO City”, one of four international UN headquarters.

It only takes one glance to see that Vienna’s 3rd district is one of the city’s most well-to-do. Several embassies, baroque palaces and Hundertwasser House make Landstraße a popular choice with locals as well as short-term tenants. Wien Mitte as one of the city’s major traffic hubs as well as the stylish “Mall” are two more reasons that make the 3rd district an attractive residential area.

With many unrenovated buildings, Vienna’s 5th district is mostly known as a central neighbourhood with excellent public transport connections. This makes it a great choice for work-related stays in Austria’s capital city. Thanks to the planned restructuring and construction of underground lines U2 and U5 respectively, the district will be even better connected to the city centre in the future.

Without a doubt, Mariahilf is one of the most popular neighbourhoods of Austria’s capital city. The 6th district is bordered by Mariahilfer Straße, Vienna’s buzzing pedestrian zone that stretches up to the outer district of Penzing. With Vienna Naschmarkt, “Haus des Meeres” Aqua Terra Zoo and plenty of traditional Viennese coffeehouses and theatres there’s always something going on in this district. What’s more, Mariahilf is serviced by several bus and underground lines. 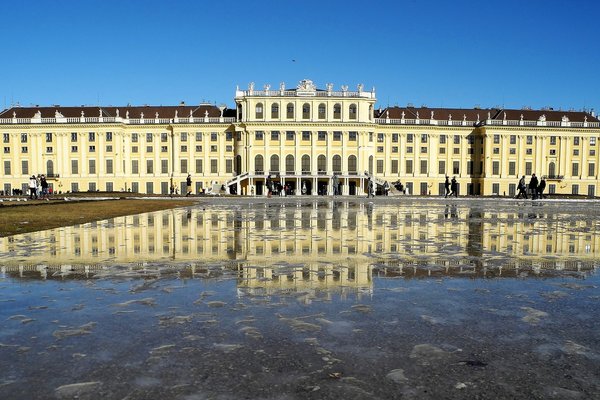 With its many historic mansions, Hietzing is another of Vienna’s more affluent districts. The areas surrounding Hietzinger Hauptstraße in particular are a favourite with the high society. What’s more, Vienna’s 13th district is known as a particularly green neighbourhood. Schönbrunn Palace with its well-kept gardens and zoo as well as the Vienna Woods and nearby Lainzer Tiergarten are popular destinations for leisurely strolls and hikes. Good to know: Underground line U4 calls at five stops in Hietzing.

You would like to live in Vienna’s trendiest neighbourhood for a couple of months? That’s easy with KURZZEiTmiete! In Penzing, urbanity meets nature in a harmonious way. On the one hand, Vienna’s 14th district boasts an urban location with small, affordable apartments and an excellent infrastructure with plenty of bars, restaurants, shops and public transport connections. On the other hand, Vienna’s most densely wooded district offers the opportunity of living amid green surroundings.

As the city’s 16th district, Ottakring has changed quite a lot. Formerly a cheap student district, today it is the home of many young families. With plenty of art clubs and local artists, the neighbourhood is very multicultural. Many of the houses are gradually being renovated, offering great potential for short-term rentals as well. One thing’s for sure: After a hard day’s work, you will find plenty to do in this varied district!

Döbling is located in the northwest of Vienna, on the outskirts of the Vienna Woods. The 19th district is the city’s fifth biggest and one of its most picturesque ones, boasting vineyards and old farmhouses alongside traditional Vienna Wood mansions and the cottage district. As a contrast, the district is also home to big blocks of council flats, keeping average rents in Döbling at a moderate level. If you opt for a short-term apartment in this district, it’s convenient to have a car.

As one of the city’s biggest districts, Liesing is known for its housing estates like Alt Erlaa or Wiener Flur. With its location on the fringes of the city and near the Vienna Woods recreation area and other green spaces, the district is characterised both by an urban buzz and village charm. Liesing Mitte offers plenty of flexible and individual housing options, making it a great choice for KURZZEiTmiete rentals.

The livelier, the better? If you’re looking for an affordable and central place to live, you might be interested in the districts along the Gürtel, one of Austria’s most frequented roads. However, keep in mind that noise levels can be high there due to the increased traffic volume and party crowds lining the many bars there. 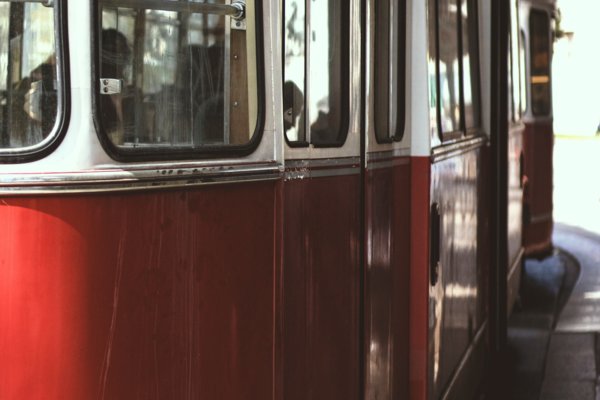 Five underground lines, 28 trams, 46 bus lines and 20 night buses: Vienna’s public transport network is among the world’s best. The quickest and most popular means of transport is the underground with uninterrupted weekend service. On weekdays, most lines operate between 05:00 and 00.30. The city’s tram network is one of the world’s most extensive and is still being expanded in some parts of the city.

If you prefer travelling by train, you can catch local S-Bahn trains and regional trains connecting Vienna to the neighbouring provinces of Lower Austria and Burgenland at Hauptbahnhof main station, Westbahnhof or Bahnhof Wien Mitte. If you fly into Vienna, you arrive at the city’s airport to the east of Vienna, from where you can conveniently catch the S7 S-Bahn train or the CAT train to the city centre.

Find the best accommodation in Vienna in the fastest way

Apartmens and flats in Vienna